I participated in an Influencer Activation on behalf of Mom Central Consulting for Amazon Studios. I received a product sample to facilitate my review and promotional item to thank me for participating.

I’m a big fan of shows produced by online markets. Since I cut cable, I’ve discover how great the programming is online. I really don’t even miss it. Amazon Studios had been creating great content for their Amazon Instant Video

users. Pilot week is my favorite. They release all of their pilot shows to users and let them vote for the programing they want to see by rating and reviewing it. Then they will produce it once they know the audience loves it. Tumble Leaf is the first kids show that they have created! 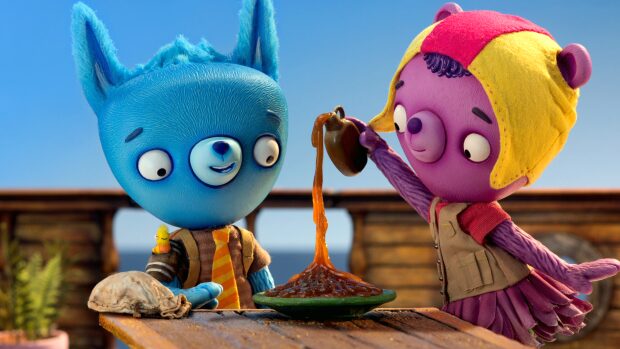 Tumble Leaf follows Fig the Fox and his pal Stick on their day of adventures. At the start of each day, Fig and Stick are eager to play and discover new things about his world, with his eyes, ears, mind and heart open to inspiration. By playing with an object that he finds in his “finding place” in each episode, he learns about science, critical thinking and the world around him. He has fun friends that he brings along he learning adventures also.

I introduced Tumble Leaf to both of my girls, ages 6 and 2. I would say that my 6 year old wasn’t as interested in the show as much as my 2 year old was. The characters are bright and cheery. I only wish they would move their eyes up a little. It’s weird that they are on the same level as their nose. But my youngest was giggling along with the show. She likes when Stick pops out on Fig. It’s a little surprise that she loves. This one is going into our watch list for sure! Parent all agree (just read the reviews on Amazon) that this is a great show. 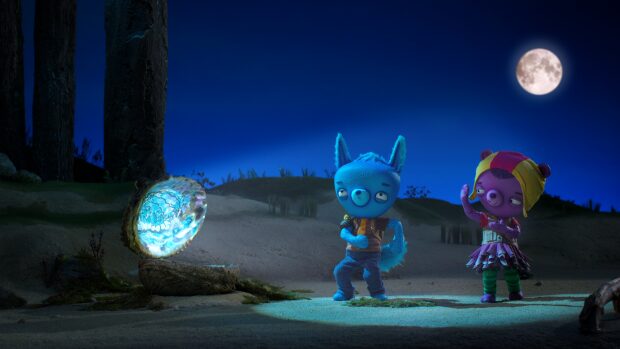 Tumble Leaf was created by Drew Hodges and award winning studio Bix Pix. The talent behind the characters includes Christopher Down as “Fig,” Landon Clay as “Hedge,” Addie Zintel as “Pine,” Brooke Wolloff as “Maple” and Gary Littman as “Ginkgo.” You can also take the fun even further with the new Tumble Leaf App.

Check out Tumble Leaf on Amazon now! Here is a clip for you.