Paul Rudd walks into the room, and we burst into applause startling him so much he begins to applaud with us. He’s wearing an ant pin on his lapel; I mention how cute it is and he responds that he loves my shirt. I was wearing the Ant-Man and The Wasp shirt that features The Wasp in flight. Paul Rudd just served me up a compliment, and now I’m having a Clueless moment, “Maybe I love Josh (Paul)!”

Thanks to Disney and Marvel Studios for bringing me to LA for the Ant-Man and The Wasp event.

There is something about starting an interview with Paul Rudd after he compliments your shirt that causes your eyes to glaze over and all you can do is stare with a silly grin on your face. Paul Rudd is a joy to be in the room with especially when talking about a project like Ant-Man and The Wasp that he helped write the screenplay. Check out what Paul Rudd loves about working on Ant-Man and The Wasp as Scott Lang (Ant-Man).

How is it being back for Ant-Man part two?

Paul Rudd – It’s great! It’s always a strange thing when it’s coming out. You put so much work for so long into something that you know that people are seeing it and that it’s finally finished is a unique feeling.  It’s exciting when you like the finished product.  Because you can talk about it and you don’t have to manufacture enthusiasm.  But it’s the filming of it, the experience of it has been nothing but fun, hard work but really enjoyable.

Q – Was it very hard to bring up the comedic factor after doing such an amazing job in the first Ant-Man when you sat down and co-wrote the script?

PR- No, I think in a way it was the opposite.  It had already been established.  People know the characters and accept us in the roles, I think.  In Civil War, the Russo Brothers really wanted to lean into the comedy of it.  During the first Ant-Man, there were many discussions that we all had about where do we modulate this.  How serious should Scott be, how funny?  Because it’s a superhero [movie] and you’re also Ant-Man, it seemed like a strange one, to begin with.  So I think everyone was finding their footing a little bit and in this one, we kind of hit the ground running.

Ant-Man and The Wasp is the most family-friendly of all of the Marvel movies. Not just in the content and action that we see but also with the family dynamics between the characters. This is something that Paul Rudd and the other writers were striving for in this film.

PR- We feel that we have our own kind of space within this Marvel cinematic universe and our own tone with the films.  And while we want it to work within the universe and want it to be enjoyable for all ages, we’re dealing with parents and children.  This is a theme that runs throughout this story.  And a lot of kids want to see these movies, and sometimes there are some scary things in them. Or there are some violent things in them that might be a little too intense, and so we wanted to make a movie that was enjoyable for lots of people.  And as well as we wanted it to be funny, but we also wanted it to be engaging and moving in some way.  We wanted it to be visually stunning, even more than the first one.  And we wanted the action and the effects to be bigger and better.  So we were trying- we were trying to do a lot.

One of the funny aspects of the story is the relationship between Scott Lang and his Ex-wife and her husband. They have turned into one big blended family for Cassie. We asked Paul Rudd to talk a little about his thoughts on what having fathers and blended families represented means to him.

PR- Well it’s great being in a film costarring with Evangeline, that it’s a duo.  That- and actually the female character I think is the one who’s really better suited for the job, in all honesty.  It’s a family business, and she’s born into it.  That it is multicultural, that I love the fact that it is an extended family, that my ex-wife and her new husband- we all get along really well.  It takes a village.  Kind of speaking to that stuff is important, and we put a lot of thought into it, and it’s nice to be a part of something like that.

One of my favorite scenes in the film is between Paul Rudd and Abby Ryder Fortson who plays Cassie. She looks like a natural and really played off of Paul Rudd’s character extremely well. What was like filming with her?

PR-  Abby, the girl who plays Cassie, is very talented. She’s a really good actress and a good kid.  And it was our second time working together… I think she trusts me; we get on really well. I love working with her, and I love doing those scenes with her.  I like working with kids because you don’t really know what they’re going to do and you just kind of go off of what they’re doing and if you can establish a relationship outside of the filmmaking, just hanging around set, it can be really fun to film scenes with kids.

As far as my character doing a scene with a girl playing my daughter, it’s not far off.  My daughter is a little bit younger but not much.  And those kinds of scenes are accessible to me because I’ve been in them, I know what that’s like.  And I also- it’s one of my favorite things because I share that with my own daughter.  And she loves it.  At first, when she was very young, I used to think, is it going to be weird.

When my daughter is old enough, and she sees this movie, that she’s going to see me playing dad to a little girl.  And instead, it’s the opposite.  I think she really loves it, because I tell her, you know, you’re the real Cassie.  (The room erupts into AWWWWWW) I know- and I do little things in the movie that are little things for her.

Paul Rudd on working with the amazing Michelle Pfeiffer

PR – I mean she’s the best. She’s so nice, and she’s just a really lovely person.  I’ve worked with her before, and this was- it was great because I hadn’t seen her in a while and she was a very sweet person.  Very smart.  Very funny in ways I think people might not know.  Yeah she’s very wry, and she’s got a real stealthy cool sense of humor, I find.

It’s always nice to hear that the cast of Ant-Man and The Wasp is referred to as a giant “lovefest” by Paul Rudd. He complimented on meeting Hannah John- Kamen for the first time and how talented she is. When he speaks about Michael Douglas, he is proud to call him a friend. 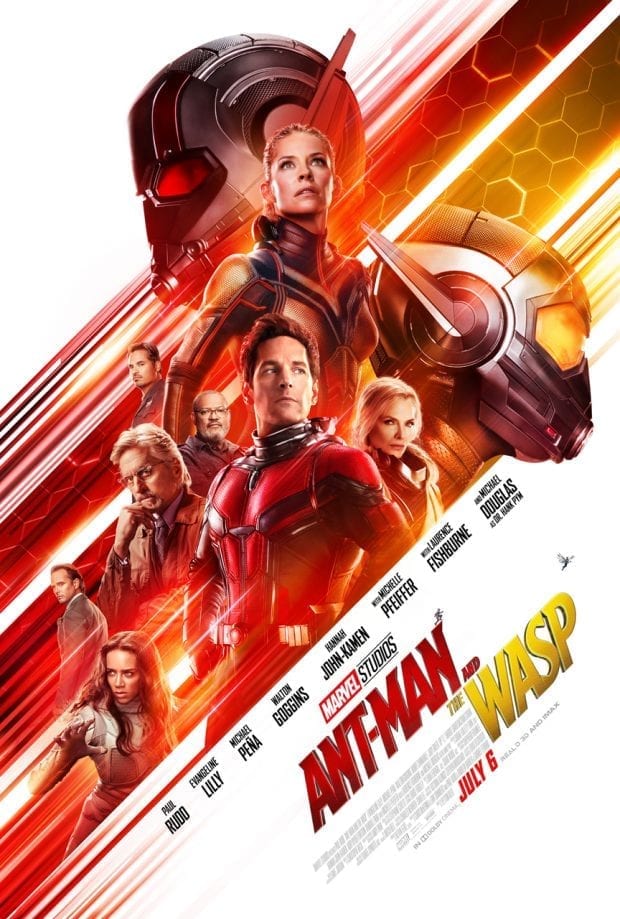 TICKETS FOR ANT-MAN AND THE WASP ARE ON SALE NOW! IN THEATERS JULY 6TH!

GET $5 OFF YOUR FIRST MOVIE TICKET ORDER FROM ATOM TICKETS! USE CODE SQUAD

Buy your tickets from Fandango and get an exclusive movie poster 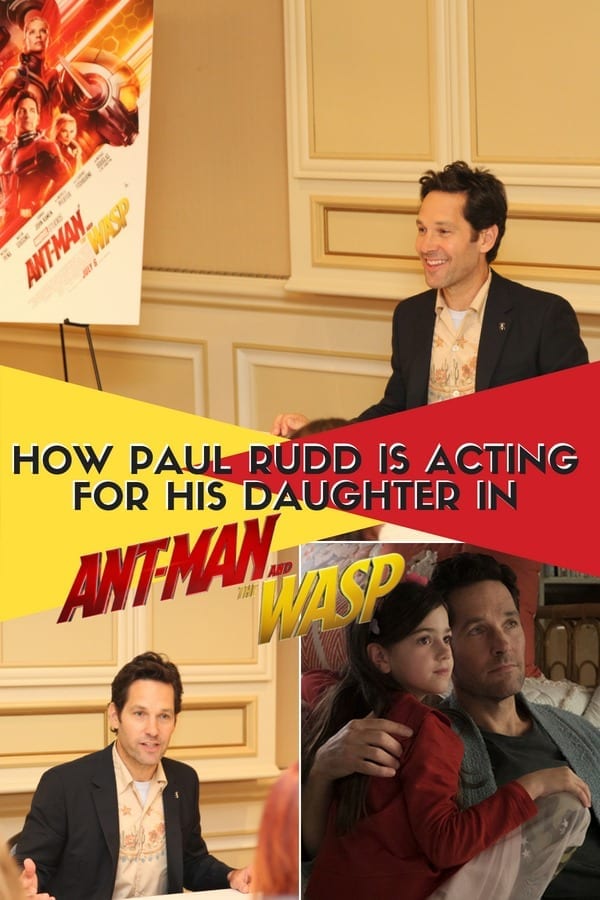