This past weekend my husband wanted to have a fun ole fashion backyard camp out. So we broke out the tent and made a campfire. JaMonkey was so excited and I think Hubby was too because he wouldn’t let me help at all. It was a Daddy Daughter adventure that Mommy was only allowed to make S’Mores for. This Backyard HERSHEY’S CAMP BONDFIRE was a great way unplug and enjoy our family together. Creating memories for our girls of us spending time together.

First we had to get our “BONDFIRE” going so that it would be nice and hot for our hot dog dinner and S’Mores dessert. JaMonkey was getting little sticks from all around the yard and breaking them into the smallest pieces and throwing them in.

Then it was time to put up our tent. Which is pretty funny because we didn’t actually use the tent, or sleep in it. But Hubby wanted to make it a big event having it up. I thought for sure they would last a lot longer out there but the fire was way more interesting.

After we had the backyard prepped for our HARSHEY’S CAMP BONDFIRE we enjoyed some hamburgers and hotdogs near the fire together as a family. Then JaMonkey and Daddy tried out the tent (it was the only time they used it…lol!).

It was then time to break out my favorite treat! Our HERSHEY’S S’mores. My husband taught JaMonkey how to find and make a proper marshmallow roasting stick. She got them all burnt and crispy by lighting them on fire which was really funny to watch. I thought she was going to fling it through the tent. A flaming ball of goo flying through the air!

After a few trial runs she got better at it. She preferred cold ones though because she could eat them faster. She chickened out on the S’Mores like a true girly girl because they were too sticky.

But thats ok, that just meant there were more for Mommy! I gave myself a tummy ache eating so many but it was so worth it. I had to put Lil’ Peanut down so I wouldn’t ooze HERSHEY’S Chocolate and marshmallow on her head. I would have had to lick it out of her hair and you guys would have thought I was a total weirdo.

We had such a great evening spending time out by our CAMP BONDFIRE. The only thing that would have completed this evening was catching fireflies but none wanted to come out and play. The mosquitos came out instead and cut our night short but we still had a blast teaching JaMonkey about all the fun things to do when you are camping. It’s a great way to get her ready for a real camping trip.

This post is part of my participation in the HERSHEY’S CAMP BONDFIRE campaign. All opinions expressed are mine. 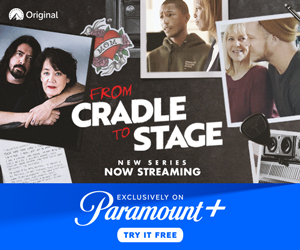